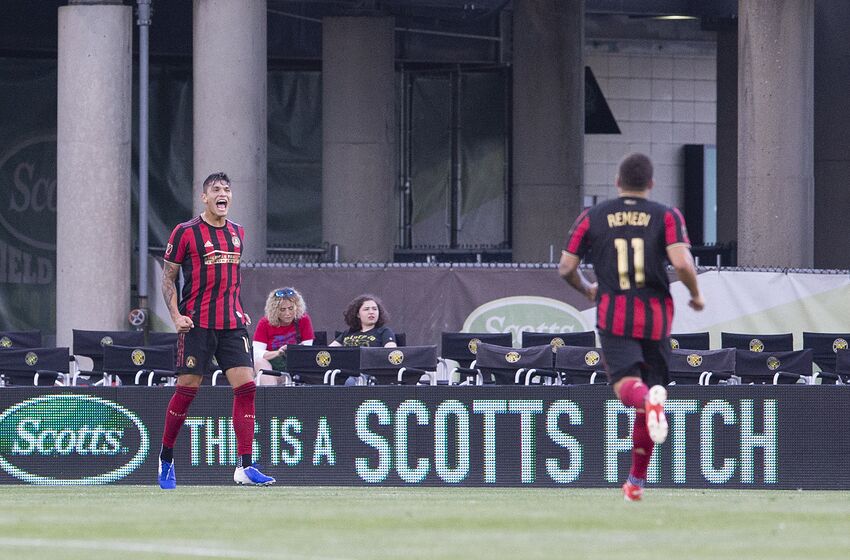 COLUMBUS, OH - JUNE 18: Atlanta United forward Brandon Vazquez #19 reacts to scoring a goal during the 2019 Lamar Hunt U.S. Open Cup Round of 16 match between the Columbus Crew SC and the Atlanta United at MAPFRE Stadium in Columbus, Ohio on June 18, 2019. (Photo by Jason Mowry/Icon Sportswire via Getty Images)

The unprotected lists for each team have been finalised ahead of Tuesday evening’s MLS expansion draft. But who should Nashville SC and Inter Miami CF select? Here is an expansion mock draft.

Here’s where the expansion draft process gets interesting. Although LAFC selected those five players, they immediately traded Raitala and Edwards to the Montreal Impact for defender Laurent Ciman. Cincinnati made a similar move in 2018, trading Kei Kamara immediately to the Colorado Rapids in exchange for an international roster spot.

Nashville and Miami could make similar moves come Tuesday, but they can also use this draft to build for the future. For LAFC, Miller has started in goal in most games over the last two seasons, earning a few call-ups to the U.S. Men’s National Team in that timespan as well. Blessing is perhaps one of LAFC’s most important players after being remolded into a central midfielder. Meanwhile, Urena made little impact in 2018 and Ciman was transferred away in the summer window after leading their backline.

Cincinnati’s picks turned out a little differently. Mattocks scored a couple of goals over the course of the season and Lamah played most games for but had his option declined following the conclusion of the 2019 season. Alexander and Ndam had almost no impact on the team, with Alexander no longer with the club and Ndam loaned out in the middle of the season. These decisions, then, can help form a franchise positively and negatively at the early stage.

So, who should Nashville and Miami pick on Tuesday night? Here is an expansion mock draft for the team’s five selections respectively.

It is important to note that the expansion draft is an unpredictable time. Of these ten predictions, it is entirely possible none will be realized. Plus, as there were in the last two expansion drafts, there will most likely be a trade or two from either club as they continue to make moves and construct their rosters in time for the new season.

Regardless of the outcome, look for either expansion team to do their best to build out their rosters with these available players.