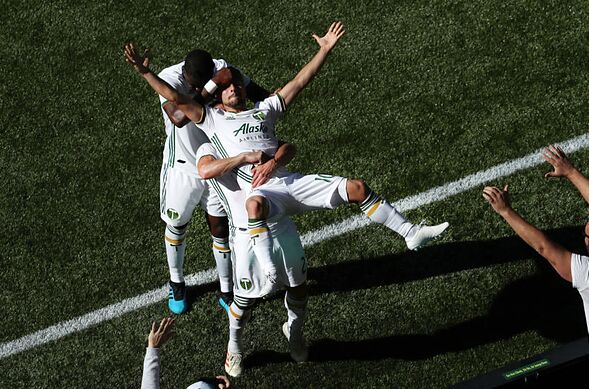 PORTLAND, OREGON – OCTOBER 06: Sebastian Blanco #10 of the Portland Timbers celebrates with teammates after scoring a goal in the second half against the San Jose Earthquakes during their game at Providence Park on October 06, 2019 in Portland, Oregon. (Photo by Abbie Parr/Getty Images)

The Portland Timbers dispatched the San Jose Earthquakes on MLS Decision Day to confirm their place in the playoffs. Here are three things we learned from the 3-1 victory.

On a sunny Sunday afternoon at Providence Park, the Portland Timbers beat San Jose Earthquakes 3-1 to book their place in the MLS Cup playoffs.

The Timbers sealed the win thanks to goals from Larrys Mabiala and Dairon Asprilla either side of a Chris Wondolowski equaliser for the visitors, while Sebastian Blanco made it safe in the 75th minute with a brilliant free-kick.

So, what did we learn from this entertaining Decision Day encounter? 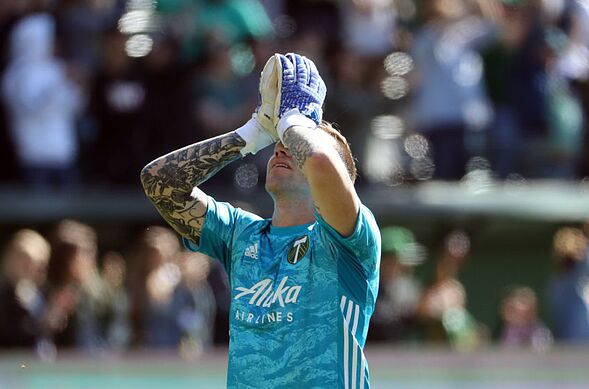 PORTLAND, OREGON – OCTOBER 06: Steve Clark #12 celebrates after a goal by Larrys Mabiala #33 of Portland Timbers in the first half against the San Jose Earthquakes during their game at Providence Park on October 06, 2019 in Portland, Oregon. (Photo by Abbie Parr/Getty Images)

With just four wins from their previous 11 games — 10 of which were at Providence Park — it has seemed for a long time that the Portland Timbers would throw away their 2019 playoff chances and end the season with a desperate whimper. Giovanni Savarese, then, will be the most relieved man in Oregon right now after his side finally rediscovered their mojo and sealed sixth place in the West.

Portland, at last, offered their supporters a vibrant, exciting performance on Sunday, pulling the Quakes out of position all over the pitch, getting Sebastian Blanco and Dairon Asprilla into threatening positions throughout — that pair completed a combined nine dribbles — and showing that they can break teams down after all.

Providence Park has been a fortress in the past and should be moving forward with the Timbers backed by some of the most passionate fans in MLS. Decision Day was the perfect time to remember that, even if they will not get the chance to prove as much in the playoffs.

Next: 2. Ragged Quakes down and out
Next1 of 3Prev post
Use your ← → (arrows) to browse
Load Comments
Event Tickets
Powered by StubHub